More Blows Against The Empire

From CNN.com comes this news:

"Intelligent design" cannot be mentioned in biology classes in a Pennsylvania public school district, a federal judge said Tuesday, ruling in one of the biggest courtroom clashes on evolution since the 1925 Scopes trial. 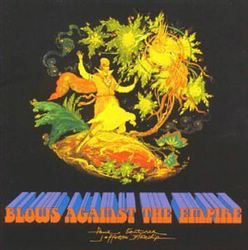 Dover Area School Board members violated the Constitution when they ordered that its biology curriculum must include the notion that life on Earth was produced by an unidentified intelligent cause, U.S. District Judge John E. Jones III said.

Several members repeatedly lied to cover their motives even while professing religious beliefs, he said.

The school board policy, adopted in October 2004, was believed to have been the first of its kind in the nation. "The citizens of the Dover area were poorly served by the members of the Board who voted for the ID Policy," Jones wrote.

The board's attorneys had said members were seeking to improve science education by exposing students to alternatives to Charles Darwin's theory that evolution develops through natural selection. Intelligent-design proponents argue that the theory cannot fully explain the existence of complex life forms.

The plaintiffs challenging the policy argued intelligent design amounts to a secular repackaging of creationism, which the courts have already ruled cannot be taught in public schools. The judge agreed.