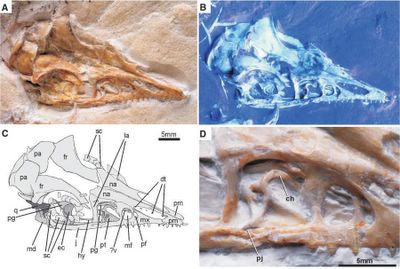 Here’s a excerpt from a recent article by BRODIE FARQUHAR of the Casper Star-Tribune(Wyoming):

One of the world's best-preserved specimens of Archaeopteryx -- the earliest-known birdlike animal -- is headed for a small, privately owned museum in Thermopolis. The Wyoming Dinosaur Center has acquired the precious 150 million-year-old fossil with the help of unnamed benefactors at a high but undisclosed price. A less-intact fossil of the Archaeopteryx fossil sold for $1.3 million in 1999, according to the journal Science, which published details of the discovery this week.

Burkhard Pohl, one of three authors of the Science article, is founder of the 12,000-square-foot museum. He persuaded the widow of a Swedish fossil collector to sell the specimen to an anonymous donor willing to put the fossil on long-term display in Thermopolis. A condition of the deal that Pohl negotiated is the commitment that the specimen will always remain in a museum or public institution, said Scott Hartman, museum science director.

The magpie-sized fossil is one of 10 found in the world and comes from limestone deposits in Bavaria, Germany. The new Thermopolis specimen is second only to a Berlin specimen in terms of completeness, including a well-preserved skull that for the first time gives scientists a "top view" of the head of Archaeopteryx. The fossil will not be moved from Germany to Thermopolis until next Fall, Hartman said. That gives the Wyoming Dinosaur Center time to install a high-tech security system to provide for the safety of the specimen.

Hartman said the well-preserved foot of the Thermopolis specimen shows that its second toe could "hyper-extend," rising off the ground like Velociraptor and Troodon -- birdlike meat-eating dinosaurs. In addition, the Archaeopteryx's feet and ankles were almost identical to those of its close relatives, such as Velociraptor. It also demonstrates that the earliest birds did not spend as much time in trees as had been previously thought. 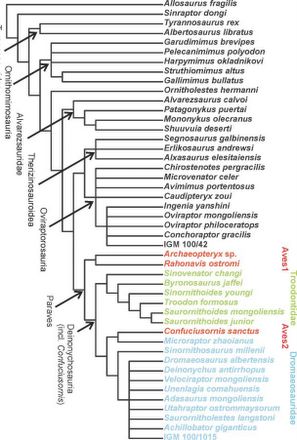