Evolution Of A Scientist 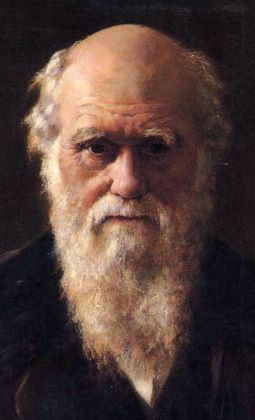 The latest issue of Newsweek as an article/overview of the new American Museum of Natural History’s exhibit on Charles Darwin.

“Although Darwin struggled with questions of faith his whole life, he ultimately described himself as an "Agnostic." William Howarth, an environmental historian who teaches a course at Princeton called "Darwin in Our Time," dates Darwin's doubts about Christianity to his encounters with slave-owning Christians, which deeply offended Darwin, an ardent abolitionist. More generally, Darwin was troubled by the problem of evil: how could a benevolent and omnipotent God permit so much suffering in the world he created? In any case, it all changed for him after 1851. In that year Darwin's beloved eldest daughter, Annie, died at the age of 10—probably from tuberculosis—an instance of suffering that only led him down darker paths of despair. A legend has grown up that Darwin experienced a deathbed conversion and repentance for his work, but his family has always denied it. He did, however, manage to pass through the needle's eye of Westminster Abbey, where he was entombed with honor in 1882.”