Today In History: Cope vs. Marsh 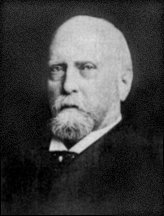 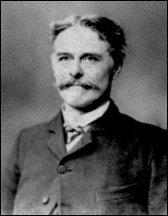 From Today Today In Science History:

In 1872, rival paleontologists Edward Drinker Cope (R) and O.C. Marsh(L) vie for recognition of their work on the fossilized remains of an animal with large wings from the dinosaur era. Today, Cope reads his paper to the American Philosophical Society in Philadelphia in which he named the creature as Ornithochirus. However, Marsh beat him into print in the American Journal of Science a few days earlier, and the name he used, Pterodactylis, was thus established.

For more information on the Cope-Marsh Wars read the book, The Gilded Dinosaur by Mark Jaffe. For a limited time pick the book up cheap at Edward R Hamilton Bookseller. This book dealer frequently has recent books on paleontology on sale for a fraction of their original price.
Posted by Michael J. Ryan, Ph.D. at 5:23 PM