From the Press Release from the Woods Hole Oceanographic institution:

A new study by researchers at the Woods Hole Oceanographic Institution (WHOI) and the Massachusetts Institute of Technology (MIT) reported in the March 24 issue of Nature finds that the Earth’s 100,000 year glacial cycles are paced by variations in the tilt of Earth's axis, and that glaciations end when Earth's tilt is large. 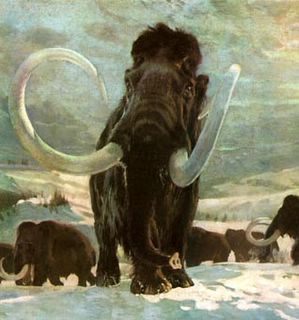 Peter Huybers, a postdoctoral fellow in the WHOI Geology and Geophysics Department, and coauthor Carl Wunsch of MIT developed a simple model to look at the effects of changes in Earth's tilt, which determines climate belts around the planet and the seasons of the year. They also focused on rapid deglaciation events known as terminations, easily identified in climate records by their magnitude and abruptness. They first estimated the timing of glacial cycles using the rate at which sediment accumulates on the ocean floor as an indicator of time. The age estimates were then used to compare the timing of the glacial cycles with the timing of changes in Earth's orbit, known from the laws of motion and observations of the galaxy.

One major question is how can a 40,000-year tilt cycle produce 100,000-year glacial cycles? Huybers and Wunsch suggest that during the late Pleistocene glaciation did not end every time the tilt was large, but rather that glaciers grew over two (80,000 years) or three (120,000 years) obliquity cycles before ending. The average glacial duration then gives the 100,000-year time scale.

A possible explanation for why deglaciations do not occur every 40,000 years is that ice sheets must become large enough before they are sensitive to changes in Earth's tilt. Huybers and Wunsch developed a simple mathematical model to express this idea of changing sensitivity and showed that it gives the right timing for the glacial cycles.