Prolific Japanese composer Akira Ifukube, best known for writing many musical scores for the Godzilla film franchise, has died at the age of 91.

Born in 1914, Ifukube grew up in the city of Kushiro, located on Japan's northernmost island, Hokkaido. He was highly influenced by the island's indigenous Ainu people and, after teaching himself to compose music as a teen, chose to weave the Ainu's improvisational musical style with that of his favourite Western classical composers, such as Igor Stravinsky.

In the late 1940s, Ifukube began composing film scores. His most famous was the score he composed for Ishiro Honda's 1954 black-and-white classic Gojira (a combination of the Japanese words for gorilla and whale). 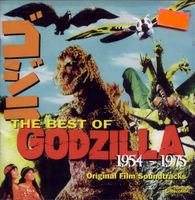 Translated to Godzilla in English, the movie spawned many installments and became a cult hit franchise around the globe.

The classical composer also had a hand in creating two of the monster franchise's most famous sound effects: the giant lizard's roar and its heavy footfalls. Over the years, Japan bestowed several honours on Ifukube, the most recent of which was in 2003 when he was named a person of cultural merit — one of the country's most distinguished honours.