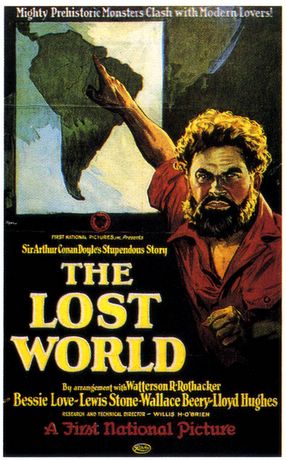 From the Conservation International press release:

Lost bird of paradise found in isolated Foja mountains of Papua, along with new honeyeater bird, new frogs and a rare tree kangaroo.

An expedition into the depths of New Guinea captured the first photos ever seen of exotic birds such as a male Berlepsch's Six-Wired Bird of Paradise (Parotia berlepschi). It also found a new large mammal for Indonesia – the Golden-mantled Tree Kangaroo (Dendrolagus pulcherrimus), formerly known from only a single mountain in neighboring Papua New Guinea.

"It's as close to the Garden of Eden as you're going to find on Earth," marveled Bruce Beehler, co-leader of the expedition. The discoveries solved one major ornithological mystery – the location of the homeland of Berlepsch's Six-Wired Bird of Paradise. First described in the late 19th century through specimens collected by indigenous hunters from an unknown location on New Guinea, the species had been the focus of several subsequent expeditions that failed to find it.

The expedition took place almost 25 years after Jared Diamond startled the scientific world in 1981 with his discovery of the forest homeland of the Golden-fronted Bowerbird in the same mountain range. 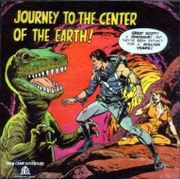 This time, scientists captured the first photographs ever of the Golden-fronted Bowerbird displaying at its bower – a tower of twigs and other forest materials it builds for the mating ritual.

The new species of honeyeater, the first new bird discovered on the island of New Guinea since 1939, has a bright orange face-patch with a pendant wattle under each eye. Other discoveries included what may be the largest rhododendron flower on record – almost six inches across – along with more than 20 new frogs and four new butterflies.
Posted by Michael J. Ryan, Ph.D. at 12:59 PM