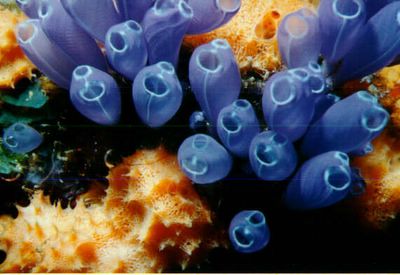 Abstract:This paper challenges the widely accepted view that protochordates (lancelets and tunicates) should be included together with vertebrates within the monophyletic assemblage of the chordates since they share a few distinguishing characters, such as a dorsally located notochord and central nervous system (CNS). The homology of these axial structures is not supported convincingly by morphology and molecular biology. Besides, for notochord and CNS to be dorsal, the embryos of protochordates, unlike those of vertebrates, should be orientated with the blastopore coincident with the dorsal side. This embryonic orientation is never reported in other bilaterians and is inconsistent with the genetic control of the body axes. Alternatively, protochordates could be orientated just as the vertebrates according to the regulation of axial patterning. In this case, the notochord and CNS appear to be located on the ventral side. As suggested by molecular and structural data, they may correspond to the stomodaeal/ventral midline cells and CNS of gastroneuralians. This conclusion may have far-reaching implications concerning the origin of the vertebrates and the evolution of nervous systems and neural crest/placodes. 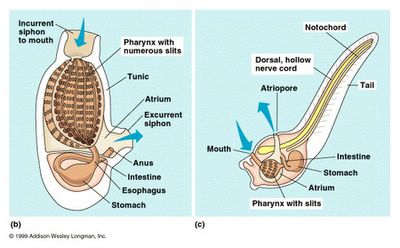