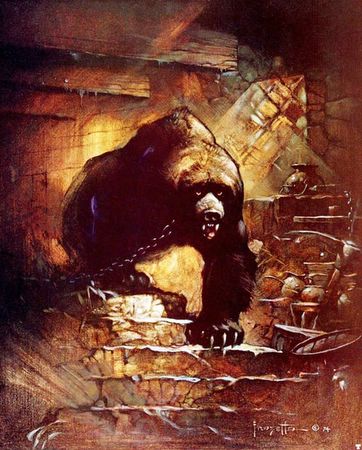 From an article by Jeff Hecht at New Scientist.com:

Two cave bears which died in Austria more than 40,000 years ago have had their nuclear DNA sequenced. The technique used to recover sequences from a tooth and a bone has more than doubled the record for the age of successfully recovered nuclear DNA - and Neanderthals could be next. 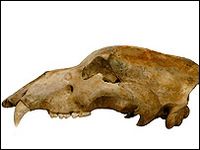 Recovering genetic material from ancient remains is fraught with difficulty because DNA degrades rapidly and is easily contaminated with external DNA, for example, by people handling the fossil. Most successful studies have focused on the more abundant mitochondrial DNA, but it is much less informative. In exceptional cases it has been possible to extract nuclear DNA from less than 20,000 years ago, preserved in permafrost or desert environments.

Now Eddy Rubin at the US Department of Energy's Joint Genome Institute in Walnut Creek, California, and his team have turned to computers for help. They sequenced everything in the sample, including contaminating DNA, then used a computer to pick out sequences averaging 70 base pairs which matched parts of the dog genome.

They chose the dog because it is the closest relative of bears whose genome has been fully sequenced. They recovered nearly 27,000 base pairs of nuclear DNA from the cave bears, which became extinct about 15,000 years ago. "It is a significant advance to show that so much nuclear DNA is actually being preserved," says Beth Shapiro who studies ancient DNA extraction at Oxford University, UK.

"This is very much a proof of principle,” says Rubin, “We're not interested in cave bears; we're interested in Neanderthals.” Excluding contamination with Neanderthal samples will be much harder though.