Spawn of The Sea Nymph

Scientists have discovered a Silurian-aged mother complete with a brood of some 20 eggs and 2 possible juveniles inside. 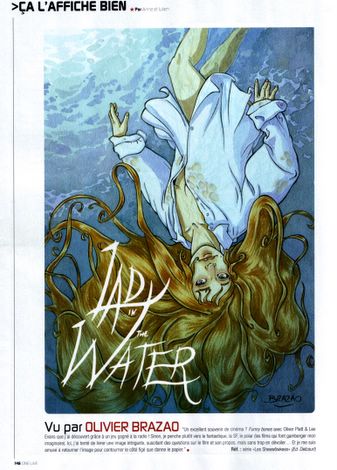 Image from Atomic Surgery
From the press release:

Scientists have made a digital image of a fossil - an ostracod [a relative of the shrimps] - which is preserved exceptionally in volcanic ash rocks in Herefordshire.

David Siveter said, "Ostracods are common, pin-head sized crustaceans known from thousands of living species in garden ponds to oceans and from countless fossil shells up to 500 million years old; however, their fossilized soft-parts are exceedingly rare.

"Supposed examples of fossil invertebrate eggs are also few. The fossil we have found contains soft-part anatomy such as legs and eyes and also includes about twenty eggs, each about half a millimetre in size, and two possible juveniles.

"The fossil has been christened Nymphatelina gravida, meaning' a pregnant young woman of the sea'. This remarkable discovery provides an unequivocal and unique view of parental brood care in the invertebrate fossil record, it allows gender to be determined in an animal as old as the Silurian period of geological time, and indicates a remarkably conserved egg brooding reproductive strategy."
Posted by Michael J. Ryan, Ph.D. at 5:44 PM