A team of scientists has reconstructed the DNA sequence of a 5-million-year-old retrovirus and shown that it is able to produce infectious particles.

The retrovirus--named Phoenix--is the ancestor of a large family of mobile DNA elements, some of which may play a role in cancer. The study, which is the first to generate an infectious retrovirus from a mobile 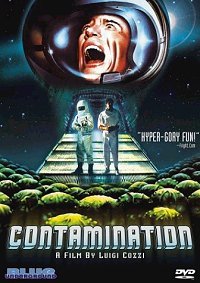 element in the human genome, is considered a breakthrough for the field of retrovirus research. The findings are reported in Genome Research.

"Phoenix became frozen in time after it integrated into the human genome about 5 million years ago," explains Dr. Thierry Heidmann, lead investigator on the project. "In our study, we've recovered this ancestral state and shown that it has the potential for infectivity."

Retroviruses, whose genomes consist of RNA, can create DNA "copies" of the RNA genomes and incorporate them into the genomes of their hosts. Phoenix belongs to a sub-category of retroviruses--known as HERVs (human endogenous retroviruses)--which inserted copies into the human germline millions of years ago. Remnants of HERVs now comprise nearly 8% of the human genome, but most were rendered inactive long ago by mutations.
Posted by Michael J. Ryan, Ph.D. at 8:32 AM