In 1848, Welsh botanist Alfred Russell Wallace and Henry Walter Bates sailed from Liverpool for the Amazon. 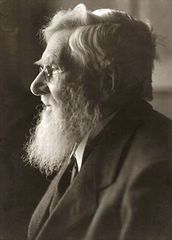 Their expeditions yielded insights into natural history and evolution for the both of them. Bates spent 11 years in Amazonia amassing large collections of insects that were sent back to museums and collectors in Europe. Wallace left earlier and collected in the Malay Archipelago.