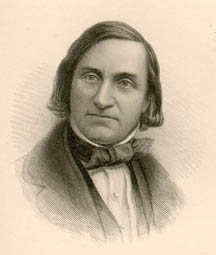 British naturalist, a pioneer in the field of biogeography, who analyzed the distribution of plant and animal life of the British Isles as related to certain geological changes. Forbes devoted much of his life to an extensive study of mollusks and starfishes, participating in dredgings and expeditions in the Irish Sea (1834), France, Switzerland, Germany, Algeria (1836), Austria (1838), and the Mediterranean (1841-42). During this period, he pursued the study of life in the littoral zones (the ocean from the shore to the continental shelf) and developed an interest in the geographical distribution of animals.

and our very own, 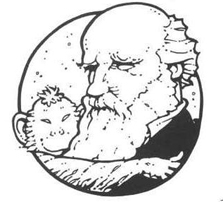 Charles Robert Darwin was an English naturalist renowned for his documentation of evolution and for his theory of its operation, known as Darwinism. His evolutionary theories, propounded chiefly in two works--On the Origin of Species by Means of Natural Selection (1859) and The Descent of Man, and Selection in Relation to Sex.

Illustration by Rick Geary
Posted by Michael J. Ryan, Ph.D. at 7:47 AM