Mayr at 100 on Evolution

In celebration of his 100th birthday last July the late evolutionary biologist, Ernst Mayr, contributed the following essay to Science. It is available for viewing in their on-line archive of essays, and is well worth the read. 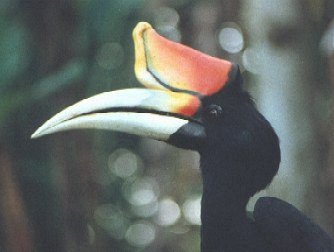 Mayr concludes his essay with these thoughts:

“It would seem justified to assert that, so far, no revision of the Darwinian paradigm has become necessary as a consequence of the spectacular discoveries of molecular biology. But there is something else that has indeed affected our understanding of the living world: that is its immense diversity. Most of the enormous variation of kinds of organisms has so far been totally ignored by the students of speciation. We have studied the origin of new species in birds, mammals, and certain genera of fishes, lepidopterans, and molluscs, and speciation has been observed to be allopatric (geographical) in most of the studied groups. Admittedly, there have been a few exceptions, particularly in certain families, but no exceptions have been found in birds and mammals where we find good biological species, and speciation in these groups is always allopatric. However, numerous other modes of speciation have also been discovered that are unorthodox in that they differ from allopatric speciation in various ways. Among these other modes are sympatric speciation, speciation by hybridization, by polyploidy and other chromosome rearrangements, by lateral gene transfer, and by symbiogenesis. Some of these nonallopatric modes are quite frequent in certain genera of cold-blooded vertebrates, but they may be only the tip of the iceberg. There are all the other phyla of multicellular eukaryotes, the speciation of most of them still quite unexplored. This is even truer for the 70-plus phyla of unicellular protists and for the prokaryotes. There are whole new worlds to be discovered with, perhaps, new modes of speciation among the forthcoming discoveries.”