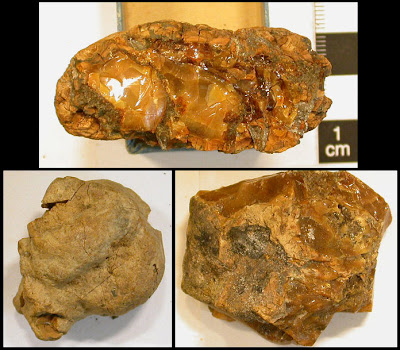 Paleontologists have applied to opaque amber a synchrotron X-ray imaging technique known as propagation phase contrast microradiography to look into the interior of opaque amber. Once discovered on the radiographs, some of the organisms were imaged in three dimensions and virtually extracted from the resin.

The scientists imaged 640 pieces of amber from the Charentes region in southwestern France. They discovered 356 fossil animals, going from wasps and flies, to ants or even spiders and acarians. The team was able to identify the family of 53% of the inclusions.

Most of the organisms discovered are tiny. For example, one of the discovered acarians measures 0.8 mm and a fossil wasp is only 4 mm. “The small size of the organisms is probably due to the fact that bigger animals would be able to escape from the resin before getting stuck, whereas little ones would be captured more easily”, explains Malvina Lak.