Researchers have published the most extensive survey to date of African mitochondrial DNA (mtDNA). Over 600 complete mtDNA genomes from indigenous populations across the continent show that these early human populations were small and isolated from each other for many tens of thousands of years. 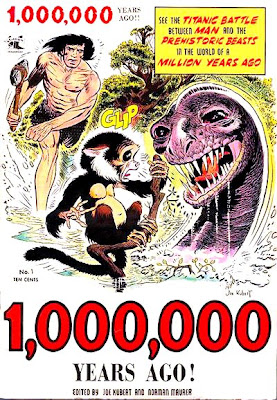 1,000,000 Years Ago!
MtDNA, inherited down the maternal line, was used to discover the age of the famous 'mitochondrial Eve' in 1987. This work has since been extended to show unequivocally that the most recent common female ancestor of everyone alive today was an African woman who lived in the past 200,000 years. Paleontology provides corroborating evidence that our species originated on this continent approximately 200,000 years ago.

The migrations after 60,000 years ago that led modern humans on their epic journeys to populate the world have been the primary focus of anthropological genetic research, but relatively little is known about the demographic history of our species over the previous 140,000 years in Africa. The current study returns the focus to Africa and in doing so refines our understanding of early modern Homo sapiens history.

Doron Behar, Rambam Medical Center, Haifa, said: “We see strong evidence of ancient population splits beginning as early as 150,000 years ago, probably giving rise to separate populations localized to Eastern and Southern Africa. It was only around 40,000 years ago that they became part of a single pan-African population, reunited after as much as 100,000 years apart.”

Recent paleoclimatological data suggests that Eastern Africa went through a series of massive droughts between 135,000-90,000 years ago. It is possible that this climatological shift contributed to the population splits. What is surprising is the length of time the populations were separate - as much as half of our entire history as a species.

The timing of these events coincides with the onset of the Late Stone Age in Africa, a change in material culture that many archaeologists believe heralds the beginning of fully modern human behavior, including abstract thought and complex spoken language.

Paleontologist Meave Leakey, added: “Who would have thought that as recently as 70,000 years ago, extremes of climate had reduced our population to such small numbers that we were on the very edge of extinction.”
Posted by Michael J. Ryan, Ph.D. at 8:46 AM