Born This Day: Ralph A. Bagnold

From the always excellent Today in Science History:

English geologist who was a leading authority on the mechanics of sediment transport, especially eolian (wind) transport. While serving as a soldier in Egypt prior to WW II, Bagnold first studied sand dune formation and movement. After retiring from the army (1935), he continued his research and wrote the book "Physics of Blown Sand and Desert Dunes", investigating the physics of particles moving through the atmosphere and deposited by wind. 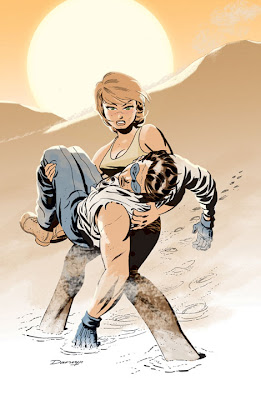 Art © Darwyn Cooke. Sand Seref & The Spirit © Estate of Will Eisner
He recognized two basic dune types, the crescentic dune, which he called "barchan," and the linear dune, which he called longitudinal or "sief" (Arabic for "sword"). During WW II, his avocational interest in vehicle performance on blowing sand aided the Allies in North Africa.
Posted by Michael J. Ryan, Ph.D. at 9:48 AM