In a report at the 235th national meeting of the American Chemical Society, Ronald Breslow, described how our “left-handed” amino acid signature came from outer space. 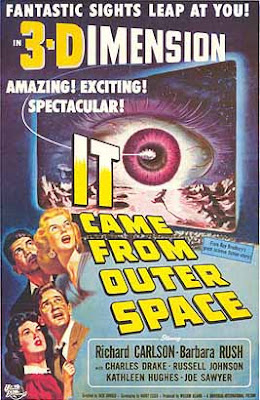 With the exception of a few right-handed amino acid-based bacteria, left-handed “L-amino acids” dominate on earth. The amino acids delivered to Earth by meteorite bombardments left us with those left-handed protein units.

“These meteorites were bringing in what I call the ‘seeds of chirality,’” stated Breslow. These amino acids “seeds” formed in interstellar space, possibly on asteroids as they careened through space. At the outset, they have equal amounts of left and right-handed amino acids. But as these rocks soar past neutron stars, their light rays trigger the selective destruction of one form of amino acid. The stars emit circularly polarized light—in one direction, its rays are polarized to the right. 180 degrees in the other direction, the star emits left-polarized light.

All earthbound meteors catch an excess of one of the two polarized rays. Breslow said that previous experiments confirmed that circularly polarized light selectively destroys one chiral form of amino acids over the other. The end result is a five to ten percent excess of one form, in this case, L-amino acids. Evidence of this left-handed excess was found on the surfaces of these meteorites, which have crashed into Earth even within the last hundred years, landing in Australia and Tennessee.