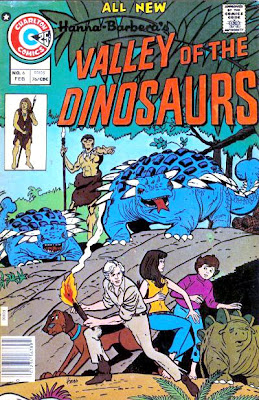 Man-eating ankylosaurs!
From the press release:

The argon-argon dating method has been widely used to determine the age of rocks, whether they're thousands or billions of years old. Nevertheless, the technique had systematic errors that produced dates with uncertainties of about 2.5%.

Scientists have lowered this uncertainty to 0.25 percent and brought it into agreement with other isotopic methods of dating rocks, such as uranium/lead dating. As a result, argon-argon dating today can provide more precise absolute dates for many geologic events, ranging from volcanic eruptions and earthquakes to the extinction of the dinosaurs and many other creatures at the end of the Cretaceous period and the beginning of the Tertiary period. That boundary had previously been dated at 65.5 million years ago, give or take 300,000 years. 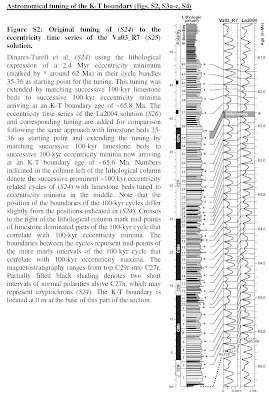 CLICK TO ENLARGE
Argon-argon dating, developed at UC Berkeley in the 1960s, is based on the fact that the naturally-occurring isotope potassium-40 decays to argon-40 with a 1.25-billion-year half-life. Single-grain rock samples are irradiated with neutrons to convert potassium-40 to argon-39, which is normally not present in nature. The ratio of argon-39 to argon-39 then provides a measurement of the age of the sample.

Some comments from the paper on the age of the Chixculbub impact event: 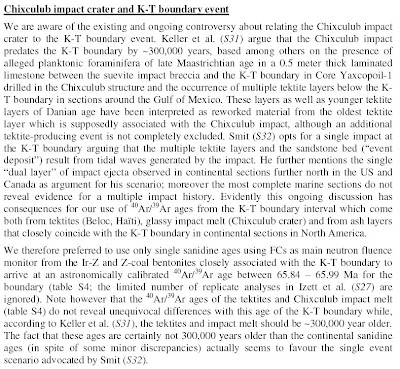