No, the Palaeoblog is not on hiatus—work and SVP has kept me busier than usual, and the ‘free’ time I’d normally devote to the blog is taken up with family matters. Things should hopefully return to a more normal schedule by the end of the month.

The Society of Vertebrate Paleontology 66th Annual Meeting started today here in Ottawa with the field trips. I co-lead the ‘Late Pleistocene’ (Late Wisconsinan-Early Holocene) trip along the NW margin of the old Champlain Sea with Andrew Milner from the St. George Dinosaur Discovery Center in Utah. Like me, Andrew spent a lot of time in Ottawa growing up, and, unlike myself, did a LOT of collecting of vertebrate material in and around the area. Sixteen participants joined us for a full day of exploration in the Gatineau hills of Quebec in cool (9°C), grey and rainy weather. 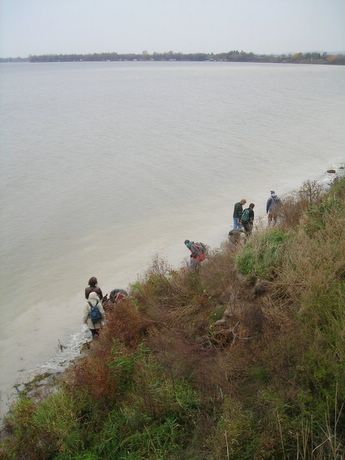 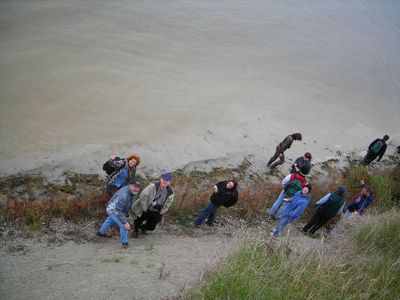 Looking for concretions at ‘Eardley Beach' that has produced abundant marine verts and inverts. That's Peter Dodson 2nd from the left. 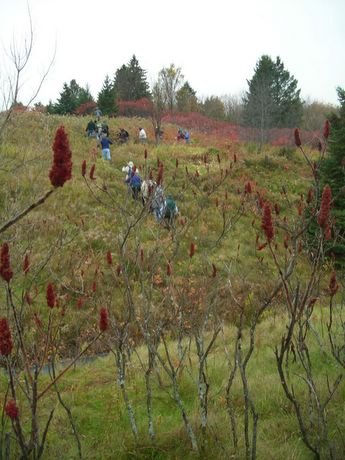 Hiking into the ‘Eardley Creek’ locality. Lots of Atlantic Capelin (Mallotus villosus) have been found in the nodules here. 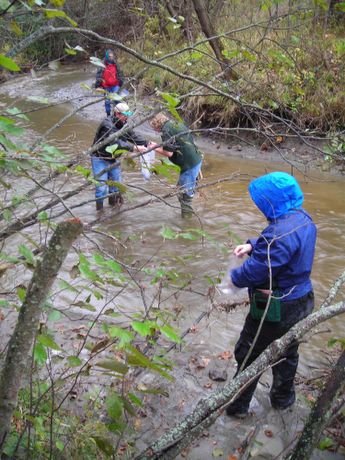 'Eardley Creek'. Stephen Godfrey is holding the bag on the left. 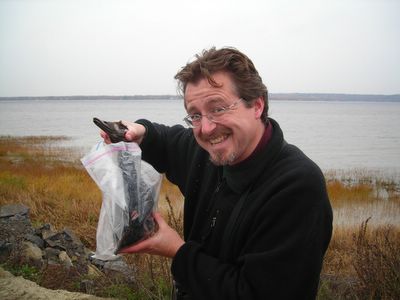 Dr. Kevin Seymour of the Royal Ontario Museum picks up a bird for the comparative collections. Little Known Fact: Kevin and I were in the same home room in High School. 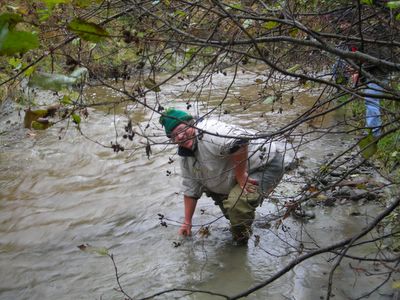 Jim Kirkland in the creek. 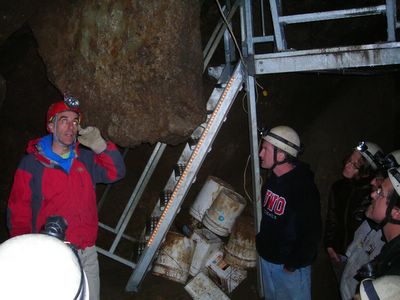 In the Laflèche Caverns cut out of the “Grenville Marble” of the Canadian Shield (about 1 billion yrs). Hundreds of fossil bones have been collected from the recent sediments accumulated in the caves including Arctic fox, Snowy owls, Arctic hare and many others. 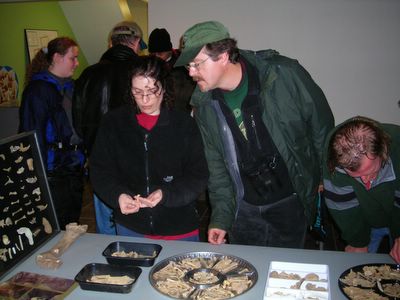 Checking out the fossil material in the Visitor Center at the Caverns. 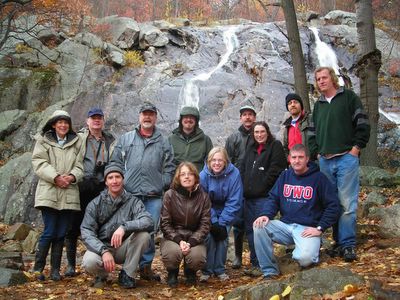 Part of the crew at the Luskville Falls, our lunch stop.


Some video of some glacial scour marks on vertical rock faces in a quarry in Quebec
Posted by Michael J. Ryan, Ph.D. at 10:09 PM