At The Earth's Core

Researchers have discovered an isolated community of bacteria nearly two miles underground that derives all of its energy from the decay of radioactive rocks rather than from sunlight.

The self-sustaining bacterial community, which thrives in nutrient-rich groundwater found near a South African gold mine, has been isolated from the Earth's surface for several million years. It represents the first group of microbes known to depend exclusively on geologically produced hydrogen and sulfur compounds for nourishment. The extreme conditions under which the bacteria live bear a resemblance to those of early Earth, potentially offering insights into the nature of organisms that lived long before our planet had an oxygen atmosphere. 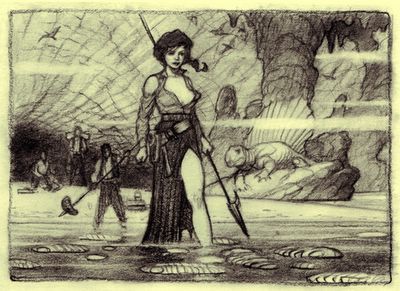 The scientists had to burrow 2.8 kilometers beneath our world's surface to find these unusual microbes, leading the scientists to their speculations that life could exist in similar circumstances elsewhere in the solar system.

"These bacteria are truly unique, in the purest sense of the word," said Lin, now at National Taiwan University. " We found that the hydrocarbons in the environment did not come from living organisms, as is usual, and that the source of the hydrogen needed for their respiration comes from the decomposition of water by radioactive decay of uranium, thorium and potassium."

That subterranean world is a lightless pool of hot, pressurized salt water that stinks of sulfur and noxious gases humans would find unbreathable. But the newly discovered bacteria, which are distantly related to the Firmicutes division of microbes that exist near undersea hydrothermal vents, flourish there. 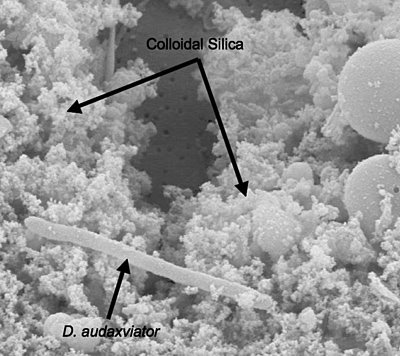 "These bacteria are probably close to the base of the tree for the bacterial domain of life," he said. "They might be genealogically quite ancient. To find out, we will need to compare them to other organisms such as Firmicutes and other such heat-loving creatures from deep sea vents or hot springs."
Posted by Michael J. Ryan, Ph.D. at 11:09 AM