Our Wednesday started at 7:30am at the CMNH and David Chapman and I arrived back and unloaded the dinosaur about 9:30pm that evening. Aside from the problem caused by the Loading Dock being higher than the floor of the van, the two of us managed to get the mount out and into the loading bay in about 30 min. The next day we moved the mount (four ‘easy’ to assemble pieces) into the museum’s Kahn Hall where we (the VP and Exhibits Depts.) set it up the next day. 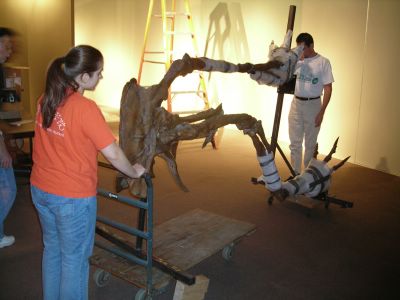 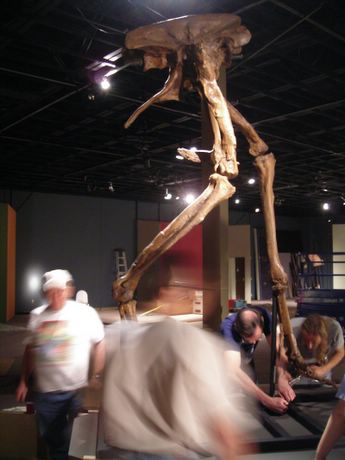 Photo © M. Ryan
Bolting the legs to their base. 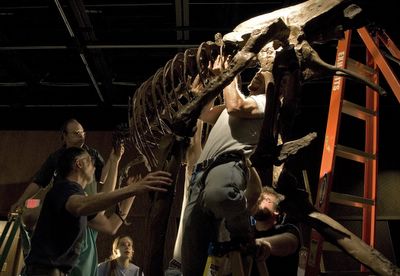 Photo © Liz Russell/CMNH
Wiggling the body assembly into place. This was the only piece that gave us any real problems. That’s Arky Webber (top left), Gary Jackson, Nicole, Carl and me wrestling with the body rod. 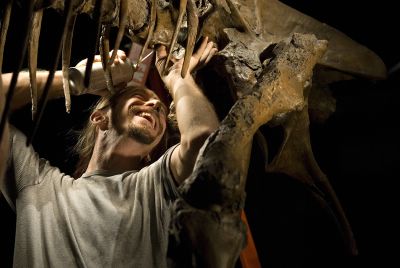 Photo © Liz Russell/CMNH
Carl Jara gives the body assembly a shot of lube to help slide it into place. 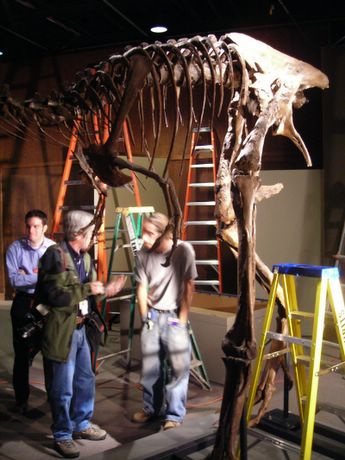 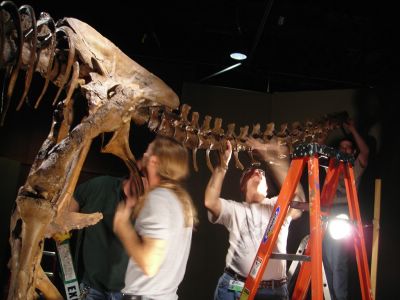 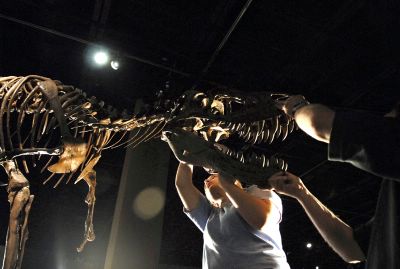 Photo © Liz Russell/CMNH
Nichole gets the honor of putting the head on. 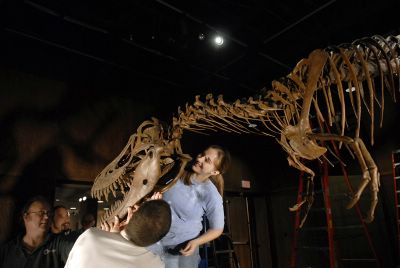 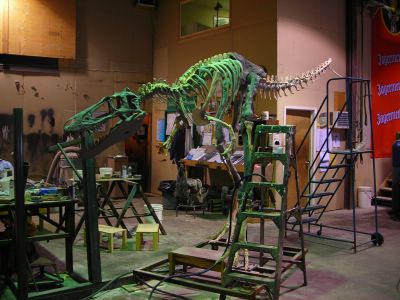 Photo © M. Ryan
What’s the final mount look like? Well, I’ll hold that photo back until the show opens. Here’s a picture of the mount back in RCI before it was painted.

So, what is Jane? The Burpee Museum refers to it as a juvenile T. rex but there has been a lot of discussion about whether it is a Nanotyrannus (CMNH has the holotype) or whether Nanotyrannus is actually a T. rex. Mike Henderson of the Burpee is convinced of Jane’s status as T. rex, but his research has not been completed or published so for now the CMNH will be calling the mount a ‘juvenile tyrannosaur’.
Posted by Michael J. Ryan, Ph.D. at 12:56 PM