Figure 1. Basics of limb anatomy and redundant degrees of freedom in a dinosaur limb.

Scientific theory combines with Hollywood wizardry to bring dinosaurs to life in a News and Views feature in this week's Nature (but go HERE instead to John's own webpage). In films, dinosaur locomotion is a result of clever software and the artistic interpretation of special effects departments. Now scientists are using improved software tools that have a firm grounding in physical principles, rather than artistic intuition, to test their own hypotheses on how dinosaurs walked the Earth.

John Hutchinson and Stephen Gatesy present a Tyrannosaurus rex case study of how to use modern computer tools to reconstruct dinosaur movement. They focus on the problems of determining the position of the limbs - its pose - at specific instants during a stride. By using combinations of motion-based and force-based criteria, the authors are able to filter out unlikely or impossible poses and establish a motion 'starting point'. The authors demonstrate the powers of computer simulation when combined with sound scientific theory and propose its application to factors, such as feeding, in other extinct animals. They highlight the need of palaeontologists to become better functional biologists to ensure that questions on popular science don't overtake basic evidence. 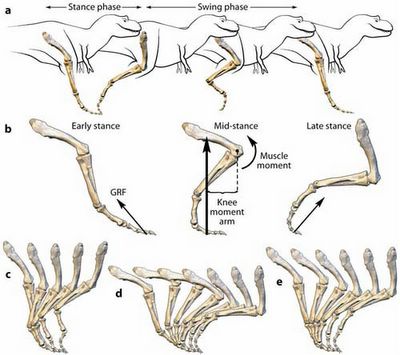 Figure 2.The stance and swing phases of a stride., and possible limb motions during stance.

What the paper DOES say:

2. Summary: We can do better than just animating dinosaur locomotion using only artistic or scientific intuition. Methods using living analogs of dinosaurs, how bone shape changes with dinosaur size (scaling), fossil footprints, functional anatomy, evolutionary analysis, and biomechanics all offer useful insights but all have their inherent limitations. A common limitation is the redundancy of the limb joints-- many poses are possible for any instant in time. Computer animation/simulation tools now can tackle any question we can think of, but they too are very limited, and sometimes these limits are overlooked. If there are thousands or millions of possible ways that any one dinosaur moved, some researchers might just choose some arbitrarily and assume these are the correct poses. We favor an approach where impossible/implausible poses are explicitly winnowed out using motion and force-based criteria. We show how this approach can be used to reveal how dinosaurs did not move, moving us progressively closer to reconstructing what kinds of motions they may have used. This approach requires extensive validation from living animals to establish constraints, and cautious sensitivity analysis of unknown parameter values.

What the paper DOES NOT say:

1. It does not give specific results on how Tyrannosaurus or other dinosaurs moved. It is more about the methods and approaches that one might use to get such results.

2. It does not say that reconstructing dinosaur locomotion is impossible, or that any one method is completely flawed. It explains that all methods have their limitations and one must be very wary of these. Animation and simulation are powerful tools, but just because something is animated, it doesn't make it physically possible or biologically plausible.

3. It does not argue that computer animation/simulation is the only method that is useful for reconstructing dinosaur locomotion. It may be the most promising method, but this promise can hide many problems. The complexity and visually seductive nature of computer graphics makes it easy to mislead viewers that there is rigorous science underlying it all. There can be, but that is far from simple to do.

Watch the videos of T. rex animations HERE.
Posted by Michael J. Ryan, Ph.D. at 9:27 AM