From The Australian comes this report:

The Australian Museum (AM) is withdrawing support for a popular small regional museum despite public assurances to the contrary, local officials claim.

The Australian revealed last month that scientists and supporters of the, feared it could struggle without

continued ties and scientific support from the Australian Museum in Sydney. The latest claim comes as the AM, Australia's oldest museum, considers a shift in its research priorities away from traditional fields such as paleontology and mineralogy to more "contemporary" areas.

When contacted by The Weekend Australian last month, AM assistant director and head of research and collections Les Christidis denied claims the museum was reducing support for the Age of Fishes Museum in Canowindra, near Orange in central NSW.

Although the AM provides no funding to the smaller institution, AM paleontologists such as Alex Ritchie - whose 1993 excavation at a nearby fossil site provided the inspiration for The Age of Fishes Museum - voluntarily offer scientific expertise, and AM collections manager Robert Jones advises on housing the fossils. 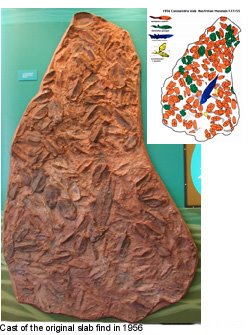 Dr Christidis acknowledged that monthly visits by Mr Jones would cease at the end of this year, but said the AM was providing "heaps of material and heaps of advice". He added: "There never has been an official affiliation between the two institutions."

But documents obtained by The Weekend Australian show otherwise, supporting the Age of Fishes Museum's claims that the AM is cutting back on its support.