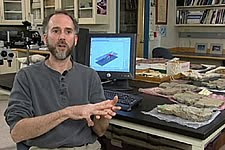 He served as a scientific advisor for the American Museum of Natural History exhibition Dinosaurs: Ancient Fossils, New Discoveries now on at the CMNH. Gatesy will discuss the process and problems in reconstructing tyrannosaur locomotion and present his research on fossil footprints and the origins of bird flight.
For more information click here. 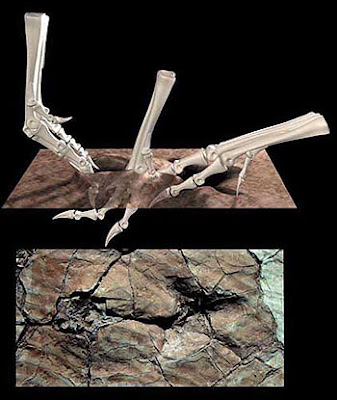 Watch Steve (and others) discusses dinosaur trackways [in Real Player]
Posted by Michael J. Ryan, Ph.D. at 8:18 AM