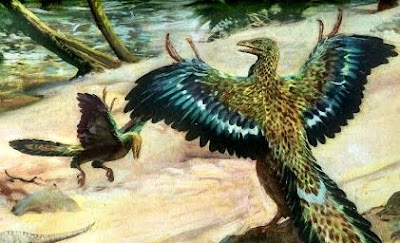 New research shows that Archaeopteryx grew much slower than living birds and more like non-avian dinosaurs. This means rapid bone growth—long thought a prerequisite for flight—was not necessary for taking to the air.

© 2009 Mick Ellison & AMNH
250-micron chips (below) from the long bones were taken from the Munich Archaeopteryx (above) as well as Jeholornis prima, a long-tailed specimen considered an early bird, and the short-tailed Sapeornis chaochengensi. The researchers also sampled the closest relatives among dinosaurs to the birds including Velociraptor and miniaturized species such as Mahakala omnogova that is similar in size to Archaeopteryx. 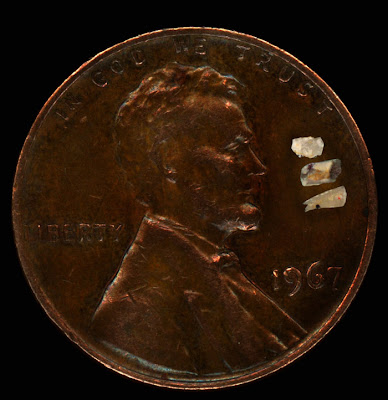 © Greg Erickson
The bone types for the early birds Archaeopteryx, Jeholornis, and Sapeornis are comparable to those of same-sized dinosaurs. The opposite pattern holds for more advanced bird fossils such as the roughly 94 million-year-old Ichthyornis from North America. The bone is well-vascularized, which means that it was well-supplied with blood vessels (below), and the bone structure is woven, with randomly oriented bone fibers, indicating fast growth with no annual growth lines. This is the bone histology of modern birds. 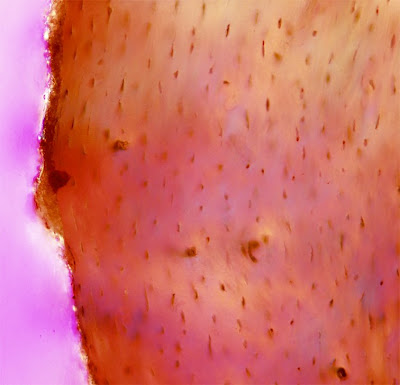 © Greg Erickson
Additional information came from physical examination of more than half of the Archaeopteryx specimens. Although the young Munich specimen did not have growth lines (a characteristic marker of annual growth in dinosaurs), both the larger London and Solnhofen specimens have peeling or delaminating bone suggestive of the presence of growth lines. This means that this animal grew for more than a year and that growth ceased for part of each year as is typical of small non-avian dinosaurs. Jeholornis and Sapeornis fossils also have growth lines that suggest they grew for more than a year. All of these traits point to a more reptilian growth pattern than seen in living birds. 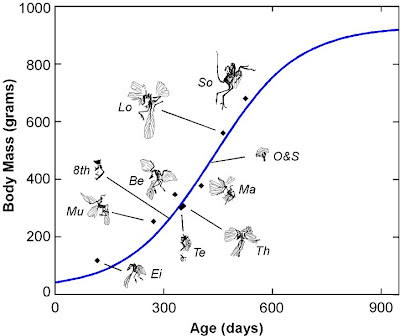 © Greg Erickson
The team outlines a growth curve (above) that indicates that Archaeopteryx reached adult size in about 970 days, that none of the known Archaeopteryx specimens are adults (confirming previous speculation), and that adult Archaeopteryx were probably the size of a raven, much larger than previously thought.

The first Archaeopteryx skeleton was found in Germany about the same time Darwin's Origin of Species was published. This was a fortuitously-timed discovery: because the fossil combined bird-like (feathers and a wishbone) and reptilian (teeth, three fingers on hands, and a long bony tail) traits, it helped convince many about the veracity of evolutionary theory. In fact, the first suggestion that birds are related to dinosaurs was made by early proponent of evolution Thomas Henry Huxley in the 1860's. Ten skeletons and an isolated feather have been found.

"Archaeopteryx had comparable metabolism to closely related Velociraptor," says Norell. "Although the genealogy of birds is well understood, the genesis of modern bird biology has been a huge mystery. We knew that they are a kind of dinosaur, but we now know that the transition into true birds—physiologically and metabolically—happened well after Archaeopteryx."

Adds Erickson: "We show that avian flight was achieved with the physiology of a dinosaur." link
Posted by Michael J. Ryan, Ph.D. at 9:42 AM