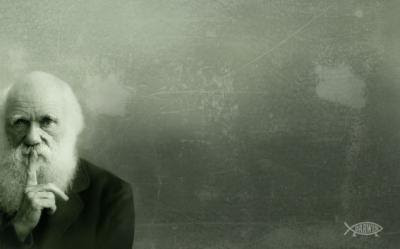 When Charles Darwin published The Origin of Species 150 years ago, he deliberately avoided the subject of the origin of life. This, coupled with the mention of the 'Creator' in the last paragraph of the book, led us to believe he was not willing to commit on the matter. Reseachers now refute that idea and show that the British naturalist did explain in other documents how our first ancestors could have come into being.

"All organic beings that have lived on Earth could be descended from some primordial form", explained Darwin in The Origin of Species in 1859. Despite this statement, the scientist took it upon himself to understand the evolutional processes underlying biodiversity.

"Darwin was convinced of the incredible importance of this issue for his theory and he had an amazingly modern materialist and evolutional vision about the transition of inanimate chemical matter into living matter, despite being very aware of Pasteur's experiments in opposition to spontaneous generation", said Juli Peretó.

The study, which is published in the latest issue of the journal Origins of Life and Evolution of Biospheres, demonstrates that Darwin had an advanced idea on the origin of the first species, and was troubled by the problem. "It is utterly wrong to think that he was invoking a divine intervention; it is also well documented that the mention of the 'Creator' in The Origin of the Species was an addition for appearance's sake that he later regretted", affirms Peretó.

According to the researchers, all Darwin's opinions on the origin of life can be found in his private correspondence and in his notebooks. The exception is a review of a book on foraminiferous microorganisms published in 1863 in the London social club Athenaeum, where Darwin "lets his opinion on the spontaneous generation be known".

A comment in a notebook dating back to 1837, in which Darwin explains that "the intimate relationship between the vital phenomena with chemistry and its laws makes the idea of spontaneous generation conceivable", gave the researchers their clue.
In another famous letter sent in 1871 to his friend, the English botanist and explorer Joseph D. Hooker, Charles Darwin imagines a small, warm pool where the inanimate matter would arrange itself into evolutionary matter, aided by chemical components and sufficient sources of energy.

In other letters, the naturalist admitted to colleagues such as Alfred Russel Wallace or Ernst Haeckel that spontaneous generation was important to the coherence of the theory. However, "at the same time, he acknowledged that science was not advanced enough to deal with the question (hence his reluctance to speak of it in public) and that he would not live to see it resolved", Peretó points out.