Premiered This Day (1918): The Ghost of Slumber Mountain 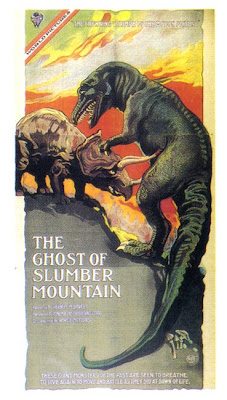 The The Ghost of Slumber Mountain premiered this day in 1918. It was written and directed by special effects pioneer Willis O'Brien and produced by Herbert M. Dawley. When O’Brien went on to greater fame with The Lost World Dawley sued the film makers for patent infrigment, claiming that he, not O’Brien, had invented stop-motion animation. Although this was not the case, filming saw head up while the case was sorted out.

Both O’Brien and Hawley star as the ghost of Mad Dick and Uncle Jack Holmes, respectively.