Von Baer (Feb 29, 1792 - Nov 28, 1876) was a Prussian-Estonian embryologist who discovered the mammalian egg (1827) and the notochord. He established the new science of comparative embryology alongside 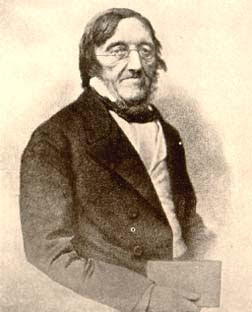 From Today In Science History
Posted by Michael J. Ryan, Ph.D. at 9:08 AM