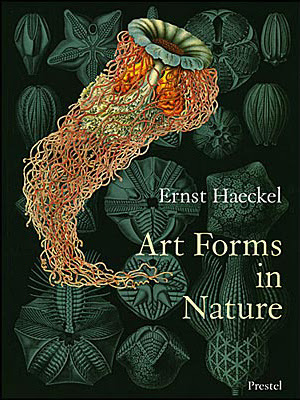 image
Haeckel was a German zoologist and evolutionist who was a strong proponent of Darwinism and proposed new notions of the evolutionary descent of man. He coined many words commonly used by biologists today, such as phylum, phylogeny, and ecology.

He is noted for the book, The evolution of man: a popular exposition of the principal points of human ontogeny and phylogeny link

Robert Seidel, the man behind the work of 2minds has created a wonderfully lush new piece designed specifically to be projected onto the Phyletic Museum in Jena, Germany for its 100th anniversary.
Posted by Michael J. Ryan, Ph.D. at 1:32 PM