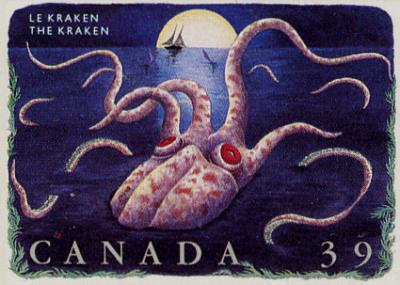 In Triassic-aged rocks of Berlin-Ichthyosaur State Park in Nevada the remains of nine14m long ichthyosaurs, Shonisaurus popularis, can be found. These were the Triassic’s counterpart to today’s predatory giant squid-eating sperm whales. But the fossils at the Nevada site have a long history of perplexing researchers.

McMenamin noted different degrees of etching on the bones that suggests that the shonisaurs were not all killed and buried at the same time. It also looked like the bones had been purposefully rearranged (below). That it got him thinking about a particular modern predator that is known for just this sort of intelligent manipulation of bones. 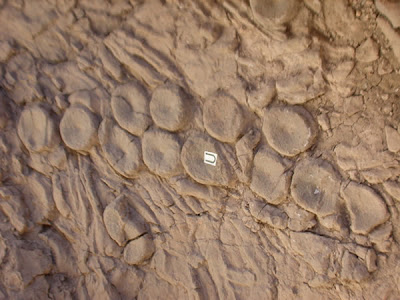 In the fossil bed, some of the shonisaur vertebral disks are arranged in curious linear patterns with almost geometric regularity resembling a coleoid sucker. In other words, the vertebral disc “pavement” seen at the state park may represent the earliest known self portrait. link

But could an octopus really have taken out such huge swimming predatory reptiles? Watch this video :