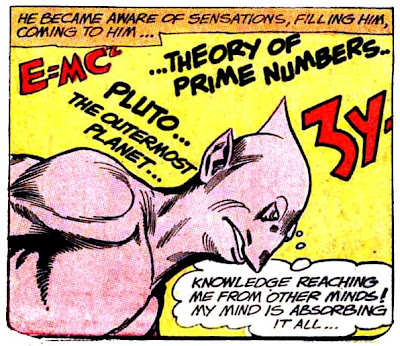 The Shark © DC Comics**
A new study finds that the vast majority of vertebrates are descended from a common ancestor that had a well-developed electroreceptive system.

People experience the world through five senses but sharks and certain other aquatic vertebrates have a sixth sense: They can detect weak electrical fields in the water and use this information to detect prey, communicate and orient themselves.

This ancestor was probably a predatory marine fish with good eyesight, jaws and teeth and a lateral line system for detecting water movements, visible as a stripe along the flank of most fishes. It lived around 500 million years ago. The vast majority of the approximately 65,000 living vertebrate species are its descendants.

Using the Mexican axolotl as a model to represent the evolutionary lineage leading to land animals, and paddlefish as a model for the branch leading to ray-finned fishes, the researchers found that electrosensors develop in precisely the same pattern from the same embryonic tissue in the developing skin, confirming that this is an ancient sensory system. link