Primordial Soup Did Not Cook Up 1st Life?

How did LUCA make a living? Chemiosmosis in the origin of life. 2010. N. Lane, et al. BioEassys, published Online: 27 Jan. 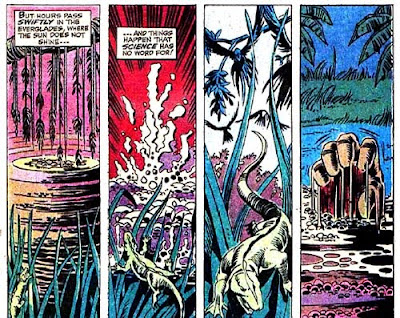 "Textbooks have it that life arose from organic soup and that the first cells grew by fermenting these organics to generate energy in the form of ATP. "We present the alternative that life arose from gases (H2, CO2, N2, and H2S) and that the energy for first life came from harnessing geochemical gradients created by mother Earth at a special kind of deep-sea hydrothermal vent – one that is riddled with tiny interconnected compartments or pores."

The soup theory was proposed in 1929 when J.B.S Haldane published his influential essay on the origin of life in which he argued that UV radiation provided the energy to convert methane, ammonia and water into the first organic compounds in the oceans of the early earth. However critics of the soup theory point out that there is no sustained driving force to make anything react; and without an energy source, life as we know it can't exist. 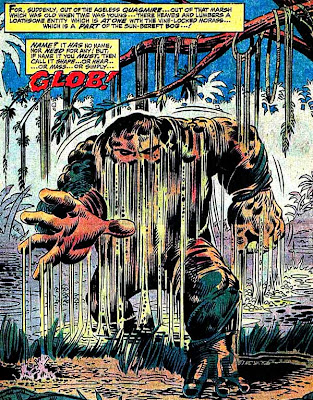 © Marvel Comics
In rejecting the soup theory the team turned to the Earth's chemistry to identify the energy source which could power the first primitive predecessors of living organisms: geochemical gradients across a honeycomb of microscopic natural caverns at hydrothermal vents. These catalytic cells generated lipids, proteins and nucleotides giving rise to the first true cells. link
Posted by Michael J. Ryan, Ph.D. at 7:42 AM