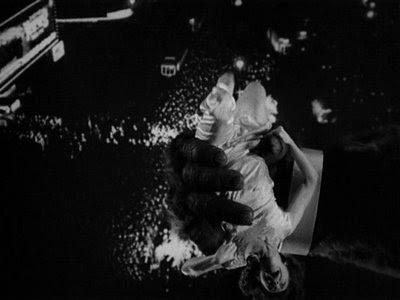 Although Sandra Shaw (May 27, 1913 – Feb. 16, 2000) had a short film career comprising a few, mostly uncredited film roles in 1933, her most famous appearance is that of the person plucked from her sleep from an unnamed hotel by King Kong, and than casually dropped to her death when he realizes that she is not Ann Darrow (Fay Wray). The year that Kong was released she married Gary Cooper.