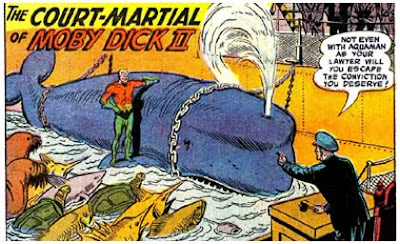 Read the story at Atomic Surgery
Abstract [edit]: Modern cetaceans play an important role in the ocean ecosystem as apex predators and nutrient distributors, as well as evolutionary "stepping stones" for the deep sea biota.

Recent discussions on the impact of climate change and marine exploitation on current cetacean populations may benefit from insights into what factors have influenced cetacean diversity in the past.

Previous studies suggested that the rise of diatoms as dominant marine primary producers and global temperature change were key factors in the evolution of modern whales.

Based on a comprehensive diversity data set, we show that much of observed cetacean paleodiversity can indeed be explained by diatom diversity in conjunction with variations in climate as indicated by oxygen stable isotope records ( 18O)
Posted by Michael J. Ryan, Ph.D. at 1:46 PM