The Origin of The Ribosome 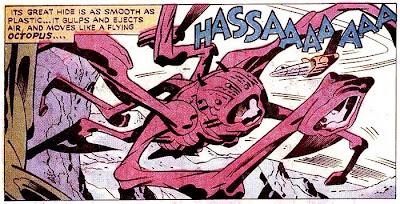 Scientists unlock mystery of molecular machine
The emergence of the ribosome constituted a pivotal step in the evolution of life. This event happened nearly four billion years ago, and any traces of early stages of ribosome evolution are generally thought to have completely eroded away. Surprisingly, a detailed analysis of the structure of the modern ribosome reveals a concerted and modular scheme of its early evolution.

The key breakthrough came when they realized that the ribosome is organized by a set of simple structural rules and that it had to be assembled from basic building blocks in a very specific order; otherwise it would have fallen apart. They then mathematically showed that the construction of the ribosome likely followed an ordered series of steps to form the structure found in the first living cell. To this day, that structure exists almost unchanged in our own cells.

"Thanks to the research of Sergey Steinberg and Konstantin Bokov, scientists now have a glimpse of one key event that emerged spontaneously out of the primordial chemical soup of the early Earth," explains Stephen Michnick. link
Posted by Michael J. Ryan, Ph.D. at 10:29 AM