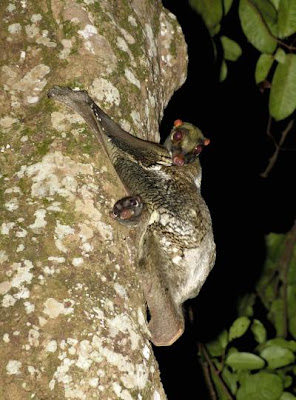 The study indicates that colugos (flying lemurs), rather than tree shrews, are genetically more closely related to primates. Further sequencing of the colugo genome is warranted, in order to develop a better understanding of the evolutionary changes leading to primates, as well as to more accurately reconstruct the ancestral primate genome.

According to Murphy, the origins of primates and primates found in the fossil record have been a topic of intense debate as there has been an increased focus on identifying adaptive evolutionary changes with primates. By decoding the past through changes in genomics, a clearer picture of the evolution of primates emerges that will provide a broader context for future research, he said.

“In addition to identifying colugos as the closest living relative to primates, we were able to make some very important discoveries about the tree shrews,” said Murphy. “The phylogenetic uniqueness we documented in Ptilocercus, coupled with its restriction to a lowland forest habitat and limited global range, have certainly identified it as an important conservation effort in a global sense.
Posted by Michael J. Ryan, Ph.D. at 1:35 PM