A series of monumental volcanic eruptions in India may have killed the dinosaurs 65 million years ago, not a meteor impact in the Gulf of Mexico. The eruptions, which created the gigantic Deccan Traps lava beds of India, are now the prime suspect in the most famous and persistent paleontological 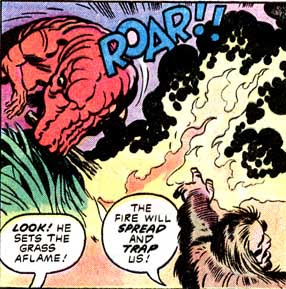 murder mystery, say scientists who have conducted a slew of new investigations honing down eruption timing.

"It's the first time we can directly link the main phase of the Deccan Traps to the mass extinction," said Princeton University paleontologist Gerta Keller. The main phase of the Deccan eruptions spewed 80 percent of the lava which spread out for hundreds of miles. It is calculated to have released ten times more climate altering gases into the atmosphere than the nearly concurrent Chicxulub meteor impact, according to volcanologist Vincent Courtillot from the Physique du Globe de Paris.

Keller's crucial link between the eruption and the mass extinction comes in the form of microscopic marine fossils that are known to have evolved immediately after the mysterious mass extinction event. The same telltale 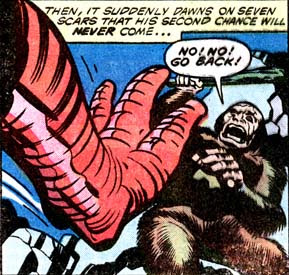 fossilized planktonic foraminifera were found at Rajahmundry near the Bay of Bengal, about 1000 kilometers from the center of the Deccan Traps near Mumbai.

The microfossils demonstrate directly that the biggest phase of the eruption ended right when the aftermath of the mass extinction event began. That sort of clear-cut timing has been a lot tougher to pin down with Chicxulub-related sediments, which predate the mass extinction.

"Our K-T age control combined with these results strongly points to Deccan volcanism as the likely leading contender in the K-T mass extinction."

From a presentation at the recent GSA Annual Meeting in Denver.
Posted by Michael J. Ryan, Ph.D. at 10:58 AM