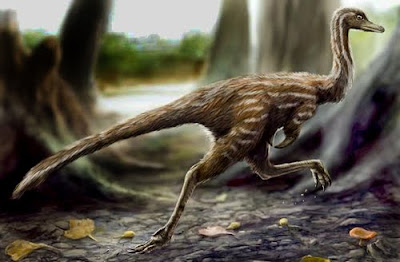 Cladistic analysis places this taxon as a basal parvicursorine within the Alvarezsauridae, a position consistent with the presence of several incipiently developed parvicursorine features in this taxon and also with its relatively early geological age. A brief analysis of vertebral functional morphology, together with data from the hindlimb, suggests that parvicursorines represent extreme cursors among non-avian dinosaurs.
Posted by Michael J. Ryan, Ph.D. at 9:34 AM