Roving Palaeoblog reporter, Steve Hunta, send these photos from The Museum of Paleontology Egidio Feruglio (MEF) from his recent trip to Argentina. The museum is located in the Patagonian city of Trelew. Opened to the public in its current location in June 1999, the MEF quickly became a focal point for the study and exhibition of Patagonia’s fossils. 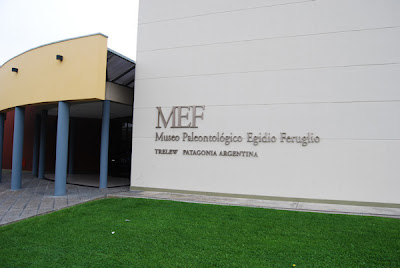 The MEF is named after Italian geologist Egidio Feruglio, pioneer in the study of Patagonia’s geology and paleontology 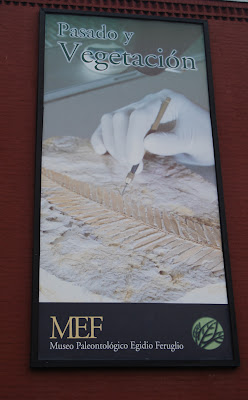 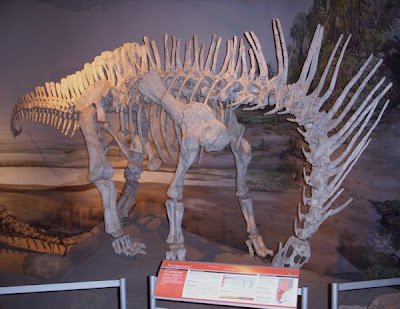 Amargasaurus – this small South American sauropod sports a double roll of tall spins down its neck and spine. 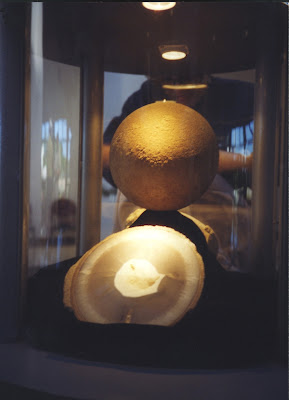 Titanosaur egg – in the lobby are displayed these remarkable sauropod eggs; one has be sawed in half exposing its geode-like interior 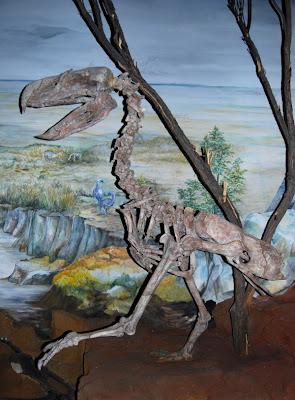 Argentinosaurus – while little of this huge Cretaceous sauropod has been discovered, what has been found indicates it was of prodigious size. In the double picture, Steve is dwarfed by the animal – although he is 6ft. tall. 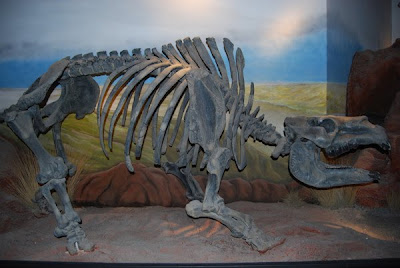 Toxodonte platensis – this hippo-sized pleistocene mammal is thought to be, at the time of its existence, probably the most common large-hoofed mammal in South America.