Oakley was an English physical anthropologist, geologist, and paleontologist best known for his work in the relative dating of fossils by fluorine content. While working for 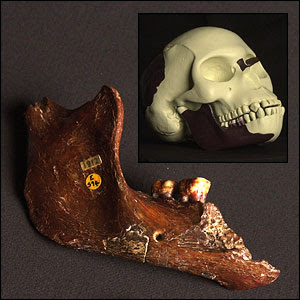 "A skull had been "unearthed" in 1912, in Piltdown, England, and had for decades been said to represent the "missing link" in human evolution. Oakley developed a method, based on a French minerologist's theory that bones would gradually absorb fluorine from surrounding soil, to measure the fluorine levels in bones. With this and other tests he proved the bones to be a modern human braincase and an orangutan jawbone chemically stained to appear ancient. image
Posted by Michael J. Ryan, Ph.D. at 7:51 AM