The Importance of Sexual Dimorphism

Some Caribbean lizards' strong sexual dimorphism allows them to colonize much larger niches and habitats than they might otherwise occupy, allowing males and females to avoid competing with each other for resources and setting the stage for the population as a whole to thrive. The finding suggests sex differences may have fueled the evolutionary flourishing of the Earth's wildly diverse fauna in a way not previously appreciated by scientists. 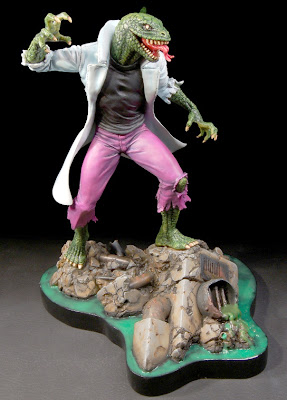 West Indian anole species also vary greatly in their degree of sexual dimorphism, ranging from species where adult males and females are the same size to those where the mass of adult males is triple than of adult females. Sexual differences in microhabitat use, diet, and behavior are also common among West Indian anoles.

"We noticed that every well-known adaptive radiation has sexual dimorphism -- such as Hawaiian honeycreepers, Galapagos finches, and African cichlids -- but these radiations are studied in terms of one sex only, usually males. So we asked a simple question: If animals are adapting to their environment, but the sexes are different, does the sexual variation add to diversity? In other words, is it important to consider both sexes? The answer is yes."

Evolutionary biologists attribute sexual dimorphism to three primary causes. Sexual selection, the competition among members of one sex to mate with individuals of the other sex, can occur when members of one sex, usually males, fight with each other for the ability to mate, or when one sex, often females, chooses among members of the other sex. Differing reproductive demands can also fuel sexual dimorphism: Females of some species, for example, must have larger pelvises to allow the birth of large offspring.

"Another explanation is that sexual differences arise so that the sexes can utilize different resources and not compete with each other," Losos says. "In some hummingbirds, for example, the sexes differ in the length of their beaks, allowing each to drink nectar from different flowers. By diverging in their resource use, the population as a whole can reach higher levels."
Posted by Michael J. Ryan, Ph.D. at 5:18 PM