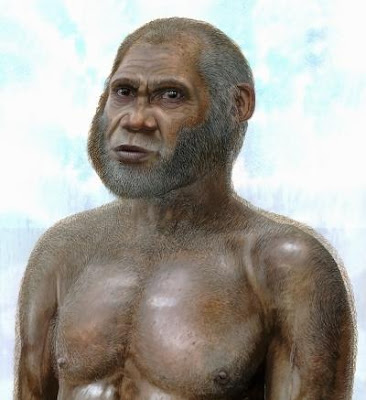 Fossils from two caves in south-west China have revealed a previously unknown Stone Age people and give a rare glimpse of a recent stage of human evolution with startling implications for the early peopling of Asia.

The fossils are of a people with a highly unusual mix of archaic and modern anatomical features and are the youngest of their kind ever found in mainland East Asia.

Dated to just 14,500 to 11,500 years old, these people would have shared the landscape with modern-looking people at a time when China's earliest farming cultures were beginning.

While Asia today contains more than half of the world's population, scientists still know little about how modern humans evolved there after our ancestors settled Eurasia some 70,000 years ago, notes Professor Curnoe.

Until now, no fossils younger than 100,000 years old have been found in mainland East Asia resembling any species other than our own (Homo sapiens). This indicated the region had been empty of our evolutionary cousins when the first modern humans appeared. The new discovery suggests this might not have been the case after all and throws the spotlight once more on Asia. link
Posted by Michael J. Ryan, Ph.D. at 2:36 PM