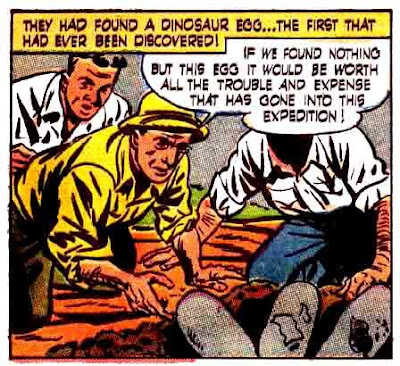 Andrews (Jan.26, 1884-Mar.11, 1960) was an American naturalist, explorer, and author, who spent his entire career at the American Museum of Natural History. 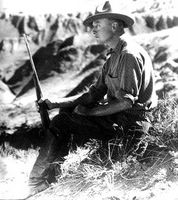 He led many important scientific expeditions with financial support through his public lectures and books, particularly in central Asia and eastern Asia. On his 1925 central Asian expedition, the first known dinosaur eggs were discovered,as well as skull and parts of Baluchitherium, the largest known land mammal. During his career Andrews was the museum's best promoter, creating immense excitement and successfully advancing research there. link

Andrews was also acknowledged as one of the more important inspirations for the creation of the character of Indiana Jones.
Posted by Michael J. Ryan, Ph.D. at 9:32 AM