Origin of The Brain 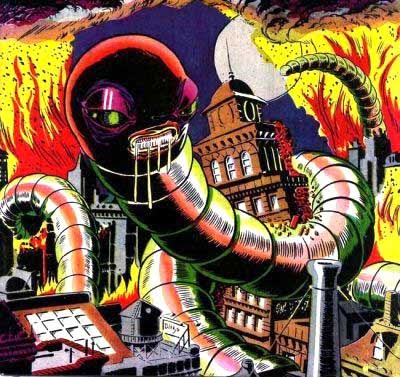 Scientists have discovered a true counterpart of the vertebrate cerebral cortex in an invertebrate, a marine worm.

It has long been clear that, in evolutionary terms, we share our pallium with other vertebrates, but beyond that was mystery. This is because even invertebrates that are clearly related to us – such as the fish-like amphioxus – appear to have no similar brain structures, nothing that points to a shared evolutionary past. But EMBL scientists have now found brain structures related to the vertebrate pallium in a very distant cousin – the marine ragworm Platynereis dumerilii, a relative of the earthworm - which last shared an ancestor with us around 600 million years ago.

A virtual Platynereis brain (left), created by averaging microscopy images of the brains of 36 different individuals, onto which scientists mapped gene activity (right). Perspective shows the brain as viewed from inside a Platynereis larvae, at 48 hours’ old. EMBL/R.Tomer

"Two stunning conclusions emerge from this finding", explains Arendt: "First, the pallium is much older than anyone would have assumed, probably as old as higher animals themselves. Second, we learn that it came out of 'the blue' – as an adaptation to early marine life in Precambrian oceans."

This ancestral structure was likely a group of densely packed cells, which received and processed information about smell and directly controlled locomotion. It may have enabled our ancestors crawling over the sea floor to identify food sources, move towards them, and integrate previous experiences into some sort of learning. link
Posted by Michael J. Ryan, Ph.D. at 2:31 PM