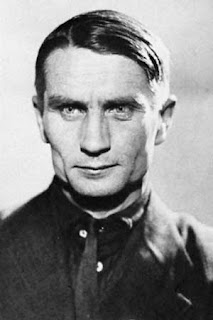 who not only believed the Mendelian theory of heredity to be wrong, but with Stalin's support for two decades actively obstructed the course of Soviet biology. He caused the imprisonment and death of many of the country's eminent biologists.

He followed I. V. Michurin's fanciful idea that plants could be forced to adapt to any environmental conditions, for example converting summer wheat to winter wheat by storing the seeds in ice. As director of the Institute of Genetics of the Soviet Academy of Sciences (1940-65) his interference contributed to the disastrous decline of Soviet agriculture. After Stalin's death in 1956, he lost support and eventually in 1965 was exiled to an experimental farm. From Today In Science History
Posted by Michael J. Ryan, Ph.D. at 1:38 PM