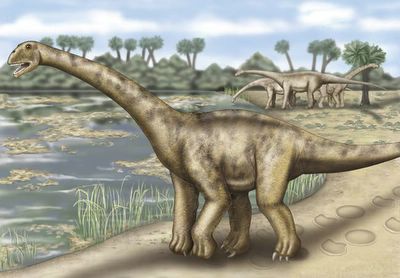 Fossils of a giant sauropod found in Teruel, Spain may have been the most massive terrestrial animal in Europe.

The new sauropod, Turiasaurus riodevensis, is named for the Teruel area (Turia) and the village where dozens of sauropod bone fossils at the Barrihonda-El Humero site.

The sauropod is estimated to have weighed between 40 and 48 tons and is comparable to the world's largest known dinosaurs, including Argentinosaurus and Brachiosaurus. At its estimated length of 30 to 37 meters the sauropod would be as long as an NBA basketball court. 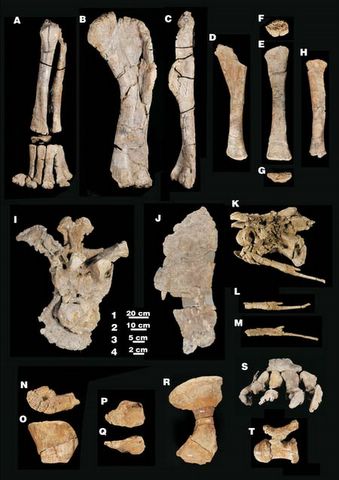 Skeletal elements of Turiasaurus riodevensis Credit: © Science
The characteristics of the new dinosaur allows the authors to group several sauropod remains from Portugal, France, United Kingdom and other Spanish areas in a new clade of dinosaurs that has more primitive limb and bone structures than other giant sauropods that have been found on other continents in Upper Jurassic to Lower Cretaceous rocks. "This dinosaur is also more evolutionary primitive than other giant sauropods found," Hanson said. 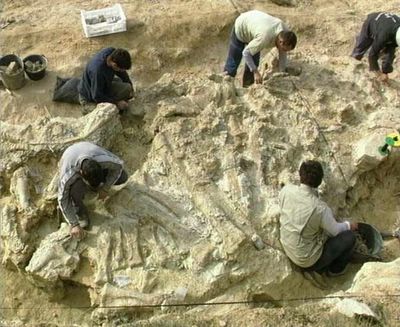