Researchers have taken a mouse back in time some 500 million years by reversing the process of evolution.

By engineering its genetic blueprint, they have rebuilt a gene that was present in primitive animals. The ancient gene later mutated and split, giving rise to a pair of genes that play a key role in brain development in modern mammals.

Until about 500 million years ago, early animals had 13 such Hox genes. Then each gene split into four, making 52 genes. Over the course of evolution, 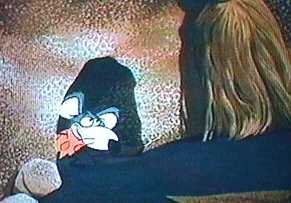 further mutations occurred, and some genes became redundant and disappeared, leading to today's tally in mammals of 39 Hox genes.

The Utah pair combined critical sections of Hoxa1 and Hoxb1, reconstructing a gene similar to its equivalent some 530 million years ago. The hybrid gene is not completely identical to the ancient one, but the scientists say it performs essentially the same functions.

"It gives a real example of how evolution works because we can reverse it."
Posted by Michael J. Ryan, Ph.D. at 6:03 PM