More Than A Monkey's Uncle

A survey of primate IQ has concluded that orang-utans and chimps are the chief eggheads, with monkeys and lemurs trailing in their intellectual wake. 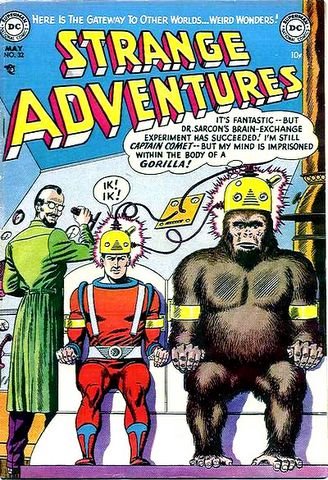 The study has produced a table (below) of overall cognitive ability among primates. Previous research had attempted to compare different primates' abilities at specific tasks, but no one had ever combined this data into an overall measure of intelligence.

The researchers compiled results from dozens of problem-solving puzzles given to different types of primates by researchers. These included tests of ability to navigate mazes, to untangle a jumble of differently coloured threads to find food, and to spot the odd-one-out in a series of images. They ranked each species and calculated the overall average intelligence of each.

Overall, intelligence seems to be correlated with absolute brain size, rather than brain size relative to body size, or the relative sizes of different brain regions, Deaner says. Previous theories had suggested that a critical factor may be the size of the brain's neocortex, a region that seems to vary in size depending on the size of the social groups in which an animal lives, and that might therefore reflect cognitive skills.