Abstract: The size and age structures for four assemblages of North American tyrannosaurs—Albertosaurus, Tyrannosaurus, Gorgosaurus, and Daspletosaurus—reveal a pronounced, bootstrap-supported pattern of age-specific mortality characterized by relatively high juvenile survivorship and increased mortality at midlife and near the maximum life span. Such patterns are common today in wild populations of long-lived birds and mammals. Factors such as predation and entrance into the breeding population may have influenced tyrannosaur survivorship. This survivorship pattern can explain the rarity of juvenile specimens in museum collections.

I'm late on the above article because I've been in the field. Much of the data comes from the work done by co-author Philip Currie (U of Alberta) on his Albertosaurus bone bed in Dry Island Provincial Park, north of Drumheller.

Originally found and collected by Barnum Brown in 1910, Currie relocated it in the late 1990's and has been excavating it ever since. This year he was working the original 1910 portion of the quarry. I had the chance to spend a few days at the locality and take these photos: 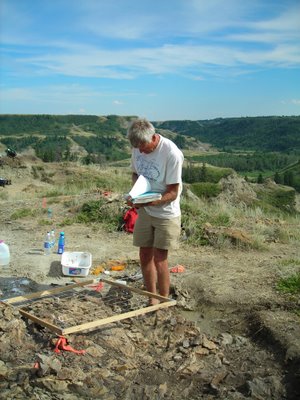 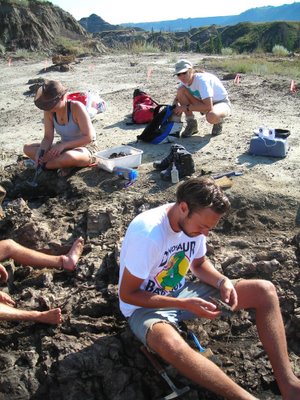 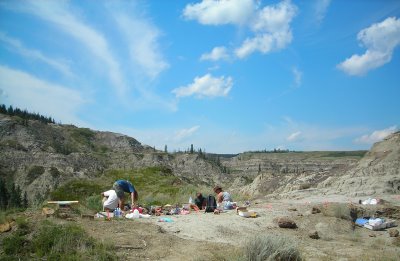 The 2006 quarry. The horizon in the distance was the starting point each morning for the hike to the bone bed. 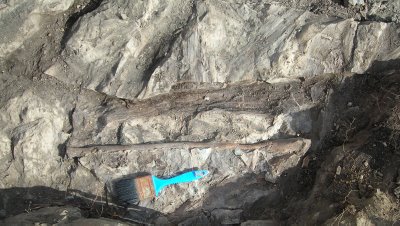 A newly exposed tibia and fibula. 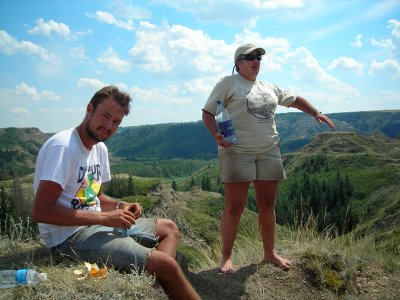